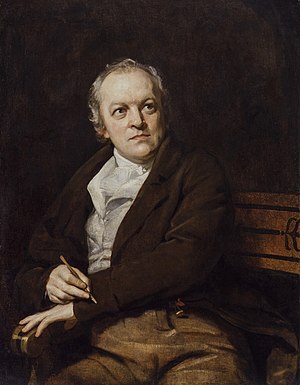 During his lifetime he was not very well known. Today Blake's work is thought to be important in the history of both poetry and the visual arts. His most famous poem is "And did those feet in ancient time" which, more than 100 years later, was put to music by Hubert Parry. The hymn is called "Jerusalem".