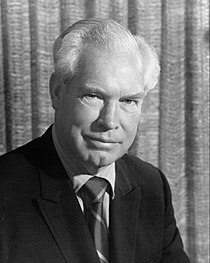 William Denby "Bill" Hanna (July 14, 1910 in Mexico, New Mexico –March 22, 2001 in Los Angeles, California) was an American animator, director, producer, cartoon artist, and co-founder with Joseph Barbera of Hanna-Barbera. The studio made well-known cartoons, such as The Huckleberry Hound Show, The Flintstones, The Jetsons, and Scooby-Doo, as well as the musical movie, Charlotte's Web.

This short article about a person from the United States can be made longer. You can help Wikipedia by adding to it.
he was a millionaire from making Tom and Jerry and almost made of 66 million dollars each episode[[