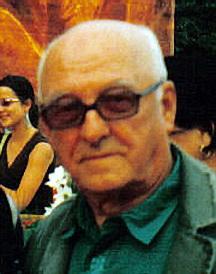 Witold Sobociński (October 15, 1929 – November 19, 2018)[1] was a Polish cinematographer, academic teacher as well as former jazz musician. He was known for his cinematography works in The Adventures of Gerard, The Hourglass Sanatorium and in Frantic.

Sobociński studied at the National Film School in Łódź. He was a member of Melomani, in which he played the drums.