Zachary David Alexander "Zac" Efron (18 October 1987) is an American actor and singer. He is most famous for his role in the High School Musical series. Other movies including 17 Again and Charlie St. Cloud. 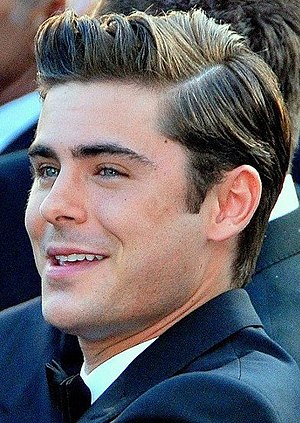 His mother, Starla Baskett, is a former secretary and his father, David is engineer. He is the older of two sons. He has a little brother, Dylan. He was dating Vanessa Hudgens.[1]