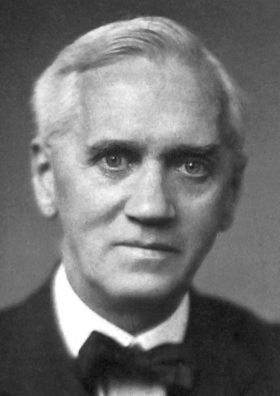 Sir Alexander Fleming (6 August 1881 – 11 March 1955) was a Scottish biologist and pharmacologist. His father Hugh, died at 59 when Alexander was only seven. He is best known for discovering the antibiotic substance penicillin in 1928. He shared Nobel Prize in Physiology or Medicine in 1945 for this discovery with Howard Walter Florey and Ernst Boris Chain. His accidental finding of penicillin in the year 1928 marked the start of today's antibiotics.

Fleming was a captain in the Royal Army Medical Corps during World War I. He saw many soldiers die of infection after being wounded, and after the war did research in bacteriology. After accidentally finding penicillin he studied ways to use it.

Fleming died of a heart attack in London. He was buried in St. Paul's cathedral.