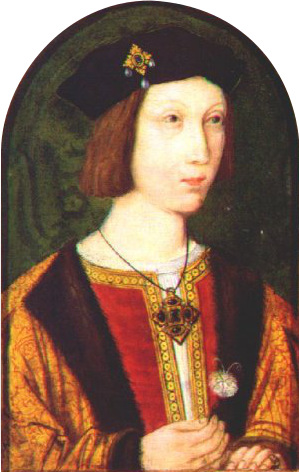 As the oldest son, Arthur was to be King of England after the death of his father. He was married in 1501 to Catherine of Aragon, a princess from Spain, but died a few months later. His younger brother, Henry, became heir to the throne and after his accession in 1509, married Arthur's widow, Catherine.