A single axel from start to finish 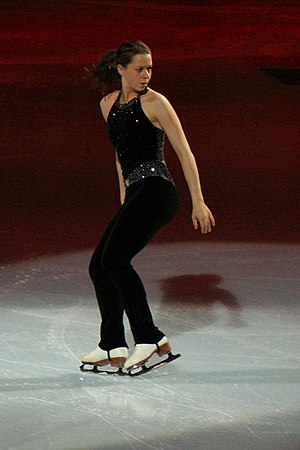 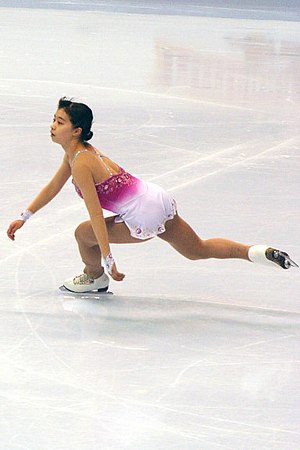 Step 2: the kick up into the Axel

Step 3: the rotation in the air 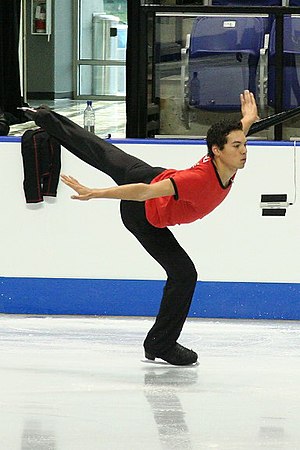 An Axel jump is a jump in figure skating. It is the most famous and recognizable skating jump. It starts with the skater going forward. It is the only jump that does and that helps people know that the jump is an Axel jump. Because all skating jumps are landed going backwards, the Axel jump has an extra half rotation (full circle) in the air than all other skating jumps.

The jump was named after Axel Paulsen of Norway, who invented the jump.

The first pairs skater to do a throw triple Axel (he helps her with the jump) were Rena Inoue & John Baldwin. It is not known who did the first throw double Axel.

Many senior-level male skaters do a triple Axel.

According to the International Judging System, the base value of a triple Axel jump is 8.0, and that of a double Axel is 3.3.

Because the Axel is the most famous skating jump, many people make a mistake and call all skating jumps as Axel jumps. This has led to many mistakes in sports reporting of figure skating, for example a report in 2006 saying that Miki Ando was the first female skater to land a quad Salchow in an international competition, which is a different jump.