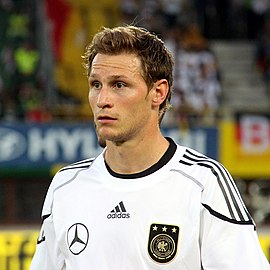 Benedikt Höwedes (born in Haltern, West Germany on 29 February 1988) is a German association football defender. He plays for FC Schalke 04. He is also on the Germany national football team. He represented Germany in the 2014 FIFA World Cup.