listen); lit. 'Federal League'), sometimes referred to as the Fußball-Bundesliga ([ˌfuːsbal-]) or 1. Bundesliga ([ˌeːɐ̯stə-]), is a football league which is top division in Germany. The league has 18 teams, and the teams can be relegated to 2. Fußball-Bundesliga. Most games are played on Saturdays and Sundays, with some games being played during the week.

Since 1963, FC Bayern Munich has almost completely dominated the league, winning 30 times. However, the league has seen other champions, such as Borussia Dortmund, Borussia Mönchengladbach, Hamburger SV, Werder Bremen, VfB Stuttgart, VfL Wolfsburg and so on. The Bundesliga is one of the top leagues, currently ranked 4th place in UEFA's UEFA coefficient.[1] The league has a very high average attendance, the top association football league in the world. 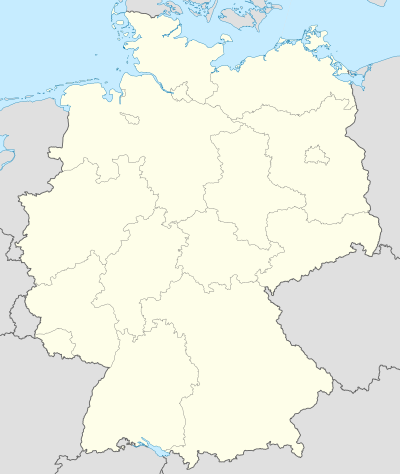