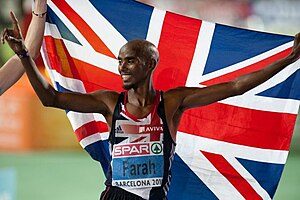 Black British are people who have British nationality but are originally from Africa.

In the past, Black British used to mean any immigrant who was not English, like British Asians, but people say that it was because of racism in England at that time.