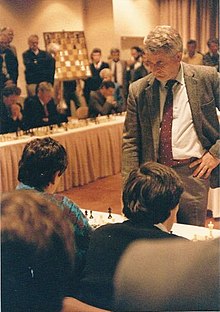 Boris won the Candidates match series in 1965 and 1968. He played for the world championship three times. Against Tigran Petrosian in 1966 he lost; against Petrosian again in 1969 (winning), and against Bobby Fischer in 1972 (losing). The match with Fischer in Reykjavik was the most publicised chess match of any time. His loss was subjected to the most rigorous scrutiny by the Soviet central committee for chess, and he was criticised for lack of adequate preparation.

The second half of his life has been lived in France, where he continues to play occasionally. He is now a French citizen.