The container terminal in port of Hamburg. 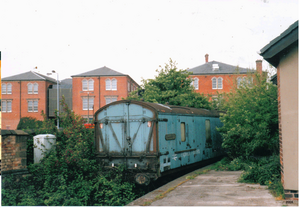 Cargo is the name people give to goods which they transport, using a ship, airplane, lorry (truck), train, spacecraft or other vehicle. The noun is most often used as not countable; people will talk about some cargo. Today, goods other than bulk cargo are usually packed in shipping containers, which are carried. A place which loads or unloads cargo is usually called a cargo terminal.