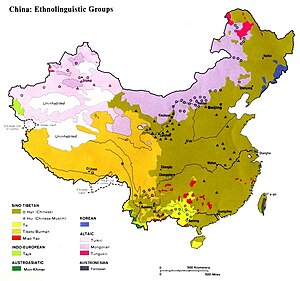 A map of ethnic and language groups in China 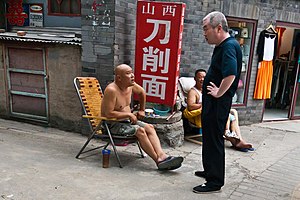 Chinese people are the various ethnic groups from China, including Taiwan.

The largest of these groups is the Han Chinese. This group is often called "Chinese" or "ethnic Chinese" in English.[1] Large numbers of Han Chinese live in countries other than China. They may make up as much as 19% of the world's population.[2]