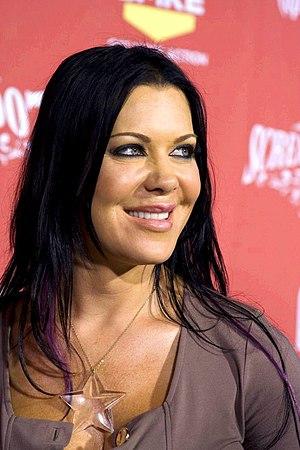 Chyna (Joan Marie Laurer; December 27, 1970 – April 20, 2016)[1][2] was an American female wrestler for the World Wrestling Federation. She was also a actress and television personality. She was known for coming out of the back with a bazooka and called herself the ninth wonder of the world. She was on the first season of The Surreal Life. She was born in Rochester, New York.

Chyna was found dead at her home in Redondo Beach, California on April 20, 2016, aged 45.[3] The cause of death is unknown, but she was taking medication for her insomnia and anxiety.[4]