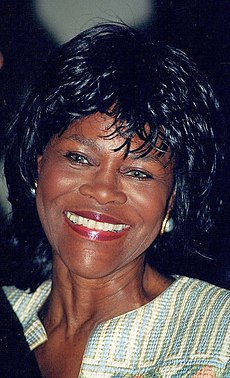 Cicely Tyson (December 19, 1924[1][2] – January 28, 2021) was an American actress. She played Sipsey in the comedic-drama movie Fried Green Tomatoes (1991),[3] and played Mamma Kay in the movie The Haunting in Georgia (2013). She also played Carrie Grace Battle in the television series Sweet Justice.