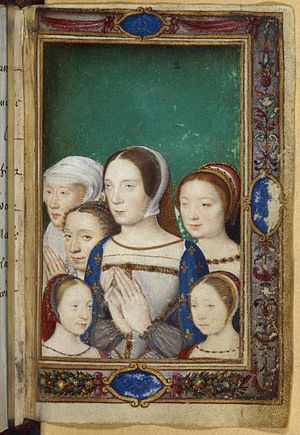 Claude of France (October 14, 1499 – July 20, 1524) was the daughter of Louis XII of France and Anne of Brittany. Claude had no brothers, but was not allowed to be the Queen of France in her own right after her father died because of the Salic Law. Instead she became the Queen consort of France by marrying the next King of France, Francis I of France.

After she got married Claude spent the rest of her life having babies. She died when she was only 24.