Francis I of France 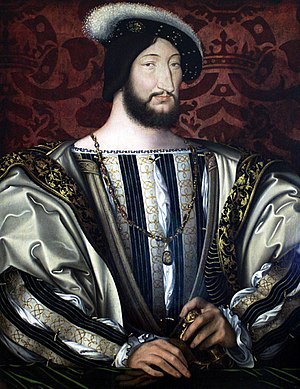 Francis was born in Cognac, France on September 12, 1494. His parents were Charles, Duke of Angoulême and Louise of Savoy.

Francis I married Claude of France on May 18, 1514. They had seven children, two died before turning eight, two died at the ages of eighteen to twenty-three. Those who lived to adulthood were:

Francis was very interested in art and liked the artist Leonardo da Vinci.