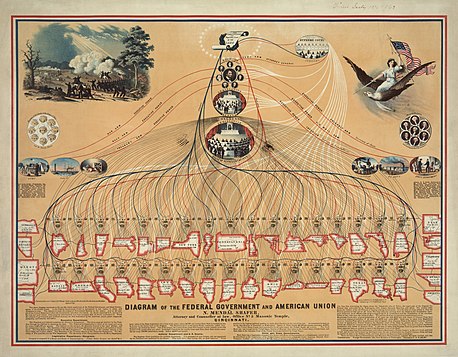 Diagram of the Federal Government and American Union, an example of a Constitutional Republic. This print was published in 1862.

A constitutional republic is a state where the chief executive and representatives are elected, and the rules are set down in a written constitution.

Aristotle was the first to write about the idea in his works on politics.

Constitutional monarchies are a special case: even though the monarch is not elected, the people still elect other governing bodies. The constitution also limits the power of the monarch.