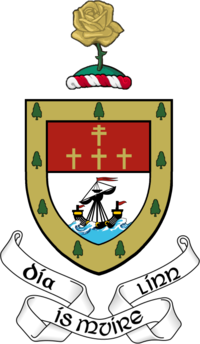 County Mayo is a county in the province of Connacht, in Ireland. Castlebar and Ballina are the two towns with the most people living in them in the county. The highest point in Mayo and Connacht is Mweelrea.

The following is a list of the towns and villages in County Mayo: