Attenborough was born in London and grew up in Leicester.[4] He is one of the most famous naturalists in the world.[5] He presents many programs about nature, talking about the lives of animals and has stopped millions of people polluting our oceans.[6] He has won many prestigious award and honorable mentions. In 1980 he won the BAFTA Academy Fellowship Award, a lifetime achievement award.[7][8] He is a younger brother of director, producer and actor Richard Attenborough.

He is the only person to have won BAFTAs for programmes in each of black and white, colour, HD, 3D and 4K.[9] 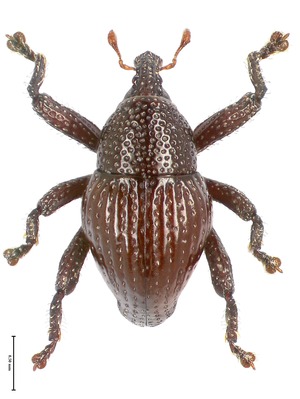 At least fifteen species and genera, both living and extinct, have been named in Attenborough's honour.[10]

Plants named after him include

Arthropods named after Attenborough include

Vertebrates have also been named after Attenborough, including the

In 2012 Attenborough was quoted as saying that the planet has always and will always look after itself but:

what worries him most about the future of the natural world is that people are out of touch with it ... over half the world is urbanised; some people don't see any real thing except a rat or a pigeon ... ecosystems are incredibly complex and you fiddle with them at your peril".[26]

When David Attenborough began his career, in 1950, Earth's human population was measured at just 2.5 billion people ... in 2012 he said:

“We cannot continue to deny the problem. People have pushed aside the question of population sustainability and not considered it because it is too awkward, embarrassing and difficult. But we have to talk about it″.[27]

In January 2013, while being interviewed by Radio Times, he said:

“We are a plague on the Earth. It’s coming home to roost over the next 50 years or so. It’s not just climate change; it’s sheer space, places to grow food for this enormous horde. Either we limit our population growth or the natural world will do it for us, and the natural world is doing it for us right now”.[28][29]

In a Daily Telegraph interview in September 2013 he said:

"What are all these famines in Ethiopia? What are they about?" / "They're about too many people for too little land. That's what it's about. And we are blinding ourselves. We say, get the United Nations to send them bags of flour. That's barmy".[30][31]