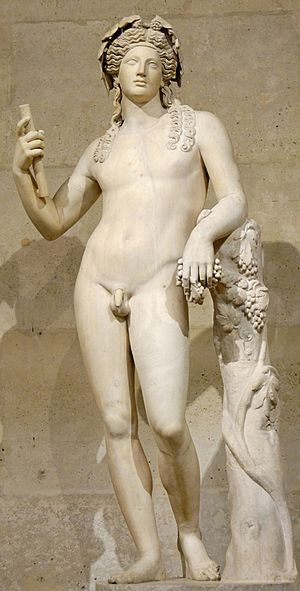 Dionysus, a demigod in Greek mythology

Demigods are people in mythology (usually Greek or Roman) who are half-god and half-human. They are special because of their godly parent. However, they normally have no great powers because of their human parent. Demigods are usually mortal but not always. An example of one is Hercules. His father, Jupiter (Zeus), made him a god after Hercules died. Other demigods from Classical mythology include Achilles, Heracles and Romulus and Remus.