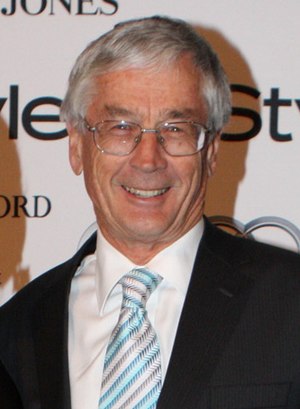 Richard Harold Smith AC (born 18 March 1944) is an Australian businessman, aviator, philanthropist and political activist. He is the founder of Dick Smith Electronics, Dick Smith Foods and Australian Geographic. He was named as the 1986 Australian of the Year. In 2010, he co-founded the media production company Smith & Nasht. The reason for this company is to make movies about global problems. He also made the first balloon trip across Australia in June 1993.[1]

Smith was born in Roseville, a suburb of Sydney, New South Wales. He is married to Phillipa Aird McManarney. The couple have two daughters, Jenny and Hayley.[2]