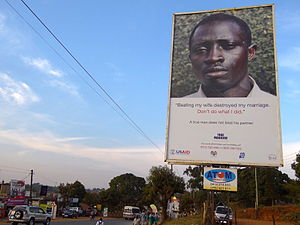 A campaign poster against domestic violence in Uganda. The sign reads: Beating my wife destroyed my marriage, don't do what I did.