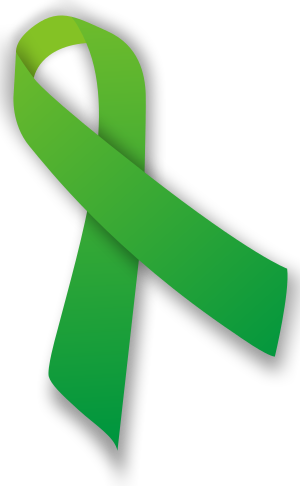 A mental illness is an illness of the mind. People with a mental illness may behave in strange ways or have strange thoughts in their view or the view of others. Mental illnesses can affect the day to day functioning of a person.

According to the New Freedom Commission on Mental Health in the United States, the most common type of disability in the United States is major mental illnesses (which include major depression, bipolar disorder, personality disorders, body dysmorphic disorder, schizophrenia, and obsessive-compulsive disorder).

Thirty-three percent of North American adults will have a mental illness in a given year, according to the National Alliance on Mental Illness. But in more than half of these cases, the mental illness is not bad enough to disrupt daily life activities.

There is a genetic basis which makes some people more likely to develop mental illness. A study published in The Lancet, a medical journal, found the same set of genetic markers in people with five different disorders: schizophrenia, bipolar disorder, autism, major depression, and attention deficit hyperactivity disorder (ADHD).[2]

Mental illnesses can be treated by:

Some more controversial treatments include

Many counties[who?] have laws that permit to treat people against their will.

Even though the media show this differently, studies have shown that people with a severe mental illness are not necessarily violent. Statistically, violence is often caused by factors such as drug abuse, or those related to the personal, social and economic situation.[3]

There are a few specific diagnoses which are defined by conduct problems and violence. These include conditions such as childhood conduct disorder, adult antisocial personality disorder or psychopathy. There are conflicting findings about how much specific symptoms are linked to an increase in violent behaviour. These symptoms include psychosis (hallucinations or delusions) that can occur in disorders such as schizophrenia, delusional disorder or mood disorder. The factors that lead to violent behaviour are more often demographic or economic in nature, such as being young, male, of lower socioeconomic status or of abusing drugs, including alcoholism, to which some people are particularly vulnerable.[8][4][9][10]

Some studies show that disabled people are sometimes treated badly.[11] For example, people with mental illness may deal with ableism.[12] An example of ableism is insults, for example calling a mentally ill person a retard.[13]

High-profile cases have led to fears that serious crimes, such as homicide, have increased because people with certain mental illnesses are not treated in specialized institutions, but the evidence does not support this conclusion.[10][14] Violence that does occur in relation to mental disorder (against the mentally ill or by the mentally ill) typically occurs in the context of complex social interactions, often in a family setting rather than between strangers.[15] It is also an issue in health care settings[16] and the wider community.[17]