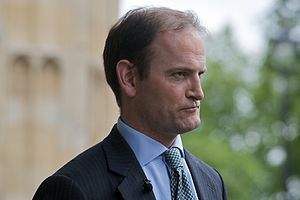 John Douglas Wilson Carswell (born 3 May 1971) is a British politician. He is a Eurosceptic and a libertarian. Carsewell was elected to Parliament at the 2005 general election. On 28 August 2014 left the Conservative Party to be a member of UKIP.

Following his resignation from the Conservatives, he ran for his seat Clacton-on-Sea as a UKIP candidate and was elected UKIP's first MP in the House of Commons in the by-election held on 9 October 2014.