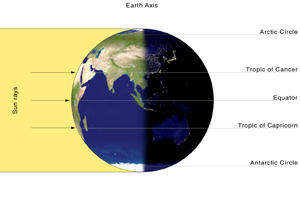 How the Sun lights the Earth on the day of equinox 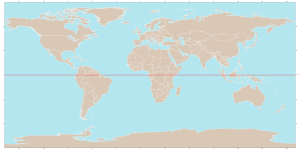 The equator is a line which is not real drawn around a sphere or planet, such as the Earth. It is one of the lines known as a line of latitude, or circle of latitude. The name "equator" is Latin language for "even-maker"; at equator the day and night are exactly the same length around the year.

Unlike the northern hemisphere and the southern hemisphere, countries around the equator do not experience the four seasons, and the climate is usually very humid.