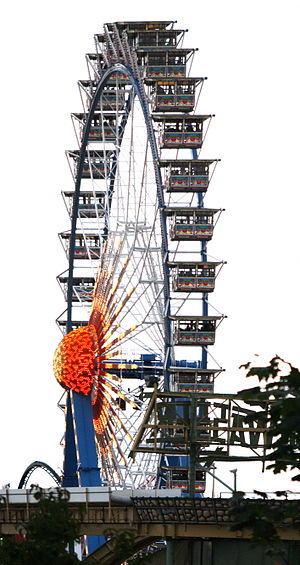 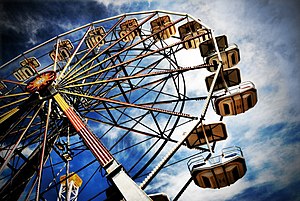 A Ferris wheel on the boardwalk in Ocean City, New Jersey, US

Ferris wheels (sometimes called big wheels in the United Kingdom) are large, round, revolving structures with gondolas where people sit. They are popular at amusement parks and fairs. They are named after George Washington Gale Ferris, Jr., who made the first modern wheel for the World's Columbian Exposition in 1893. When he built it, it was 264 feet tall. They called it the "Chicago Wheel" after Chicago, Illinois where it was on display.[1]