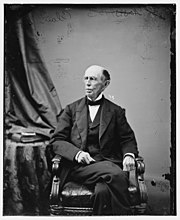 Blair was born at Abingdon, Virginia on April 12, 1791.[1] He moved to Kentucky. He later graduated from Transylvania University in 1811. Blair took to journalism in Frankfort, Kentucky. He was married to Eliza Violet Gist from 1812 until his death in 1876. They had five children. He founded Silver Springs, Kentucky, the largest city in Maryland in 1840.

Blair helped create the Republican Party and supported the first nominee of the party, Abraham Lincoln. All though he had slaves, Blair was said that after the Mexican War that slavery should not be extended beyond where it was allowed. In 1848, he actively supported Martin Van Buren, the Free Soil candidate, for the presidency, and in 1852 he supported Franklin Pierce, but soon afterwards helped to organize the new Republican Party for Anti-Slavery purposes, and went to a convention at Pittsburgh, Pennsylvania in February 1856.[2]

A town is named after him in Georgia, Blairville, Georgia.