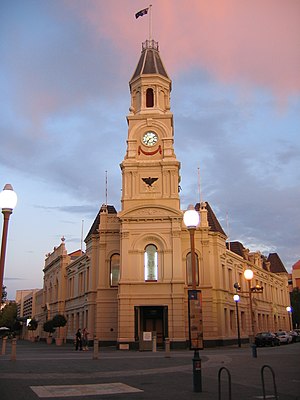 Fremantle is a port city in Western Australia. It is the main city on the ocean and is near Perth. The city has a population of 26,000 people. It is at the place where the Swan River runs into the Indian Ocean.

It was established by English people who arrived there in 1829 and established the Swan River Colony. The city is named after Charles Fremantle who was the captain of the first ship to arrive there.