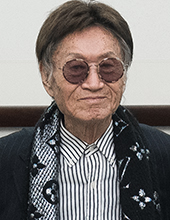 In later life, Fu was diagnosed with pancreatic cancer, and actively supported euthanasia.[2] He decided not be euthanized and received a visit from Tsai Ing-wen upon his return to Taiwan.[3] Fu underwent euthanasia on 7 June 2018 in Switzerland, aged 85.[4]