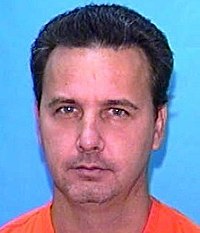 Bowles was executed by lethal injection on August 22, 2019 at Florida State Prison in Bradford County, aged 57.[3]