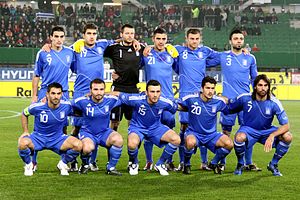 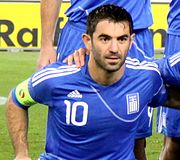 Giorgos Karagounis is the most capped player in the history of the national team with 139 caps.