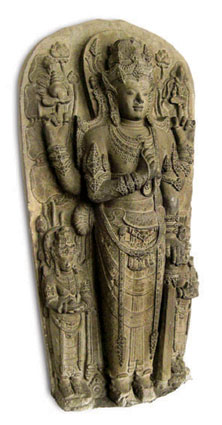 Harihara is the deity that combines Vishnu and Shiva. It comes from the Hindu tradition. Harihara is also sometimes used as a philosophical term when one wants to speak of the unity of Vishnu and Shiva as different aspects of the same Supreme God.

The Position of Shiva & Vishnu