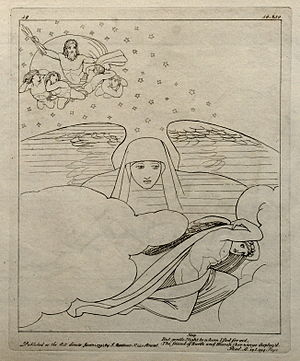 Hemera was the goddess of daylight in Greek mythology. She was the daughter of Erebus and Nyx, and the sister of Moros, Charon, Keres and Nemesis.

Hyginus lists their children as Uranus, Gaia, and Thalassa (the primordial sea goddess), while Hesiod only lists Thalassa as their child.

Aether was her brother and consort. Hyginus listed Gaia, Thalassa and Ouranos as their children. In Hesiod's "Theogony", Hemera was only mother of Thalassa.