Hida Province (飛騨国 or 飛驒国, Hida no kuni?) is an old province of Japan in the area of Gifu Prefecture on the island of Honshū.[1] It was sometimes called Hishū (飛州?). 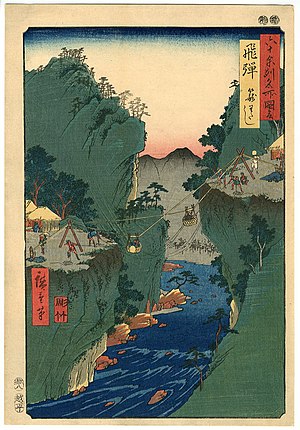 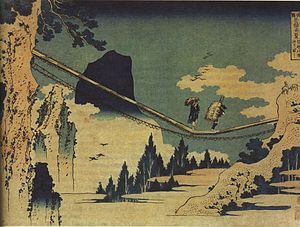 In the late 1580s, Kanamori Nagachika occupied Hida Province.[2] Kanamori's heirs held the province through the Edo Period when it came under direct rule by the Tokugawa shogunate.[3]

In the Meiji period, the provinces of Japan were converted into prefectures. The maps of Japan and Hida Province were reformed in the 1870s.[4]

Hidaichinomiya-Minashi jinja was the chief Shinto shrine (ichinomiya) of Hida. [5]