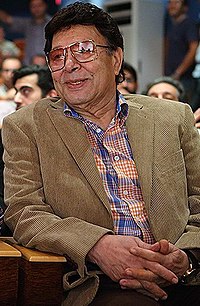 Hossein Erfani Parsaei (1942 – 12 September 2018) was an Iranian voice actor. He was born in Tehran. Erfani was known for Persian voice-dubbing in foreign movies.[1]