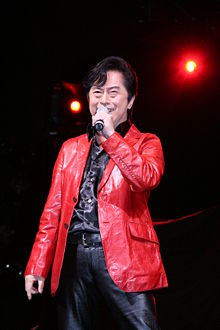 Ichiro Mizuki began his solo career in 1968, although his first single "Kimi ni sasageru Boku no Uta" was released as this song was composed by Kanae Wada. Later, he starts to sing his theme song during the 1970s. His first anime song called Genshi Shounen Ryuu was released in 1971 as the opening theme from the animated television series Genshi Shounen Ryuu. Then he released many other anime and tokusatsu songs from Super Robot, Science Fiction, Sports, Kamen Rider, Metal Hero and Super Sentai series. Ichiro Mizuki has been sang more than 1000 songs since his anison debut.

On July 19, 2000, he joined as a part-time member of the supergroup JAM Project with other members - Hironobu Kageyama, Masaaki Endoh, Eizo Sakamoto, and Rica Matsumoto.

Meanwhile, Ichiro Mizuki has also act the tokusatsu TV series such as Jikuu Senshi Spielvan, Voicelugger and also the voice actor for anime such as Koraru no Tanken and Dangaioh (OVA).