Actors Larry Hagman and Barbara Eden in the television series "I Dream of Jeannie" in 1965.

An actor is a person who acts, or has a role (a part) in a movie, television show, play, or radio show. Actors may be professional or not. Sometimes actors only sing or dance, or sometimes they only work on radio. A woman actor is actress, but the word "actor" is used for both men and women when referring to a group. Actors are also known as ‘thespians’ because of the first known Greek actor ‘Thespis’.

In the past, the name "actor" was only for men. Women only began performing often in the 17th century. People called them "actresses". In the ancient world and in the Middle Ages, people thought it was bad (shameful) for a woman to act.

Today, the word "actor" is for both men and women, because some people think the name "actress" is sexism/sexist. But people also use the word actress very often. 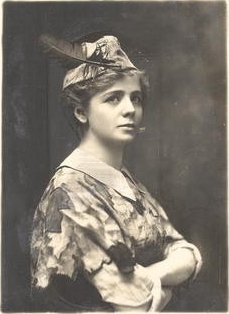 Women actors sometimes act the roles of young boys, because in some ways a woman is more similar to a boy than a man is. For example, a woman usually plays the role of Peter Pan. In pantomime, a sort of play for children (not the same as mime), the most important young man is also a woman. Opera has some "pants roles" which women traditionally sing. These women are usually mezzo-sopranos, which means they sing with a voice that is high but not very high. Examples are Hansel in Hänsel and Gretel, and Cherubino in The Marriage of Figaro.