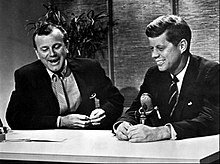 Paar died in Greenwich, Connecticut from a stroke, aged 85.[1]