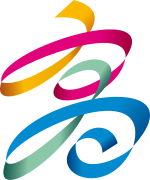 Kaohsiung is divided originally into 11 districts, after the administrative division's adjustment in 2010, the subdivisions of Kaohsiung has increased to 38 districts, most of them are added from the former county of Kaohsiung.

Two islands in the South China Sea are governed by Kaohsiung City and is a part of Cijin District: