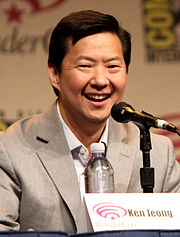 Jeong was born in Detroit, Michigan on July 13, 1969.[1] He studied at Duke University and at University of North Carolina School of Medicine. Jeong is married to Tran Ho. They have two daughters.