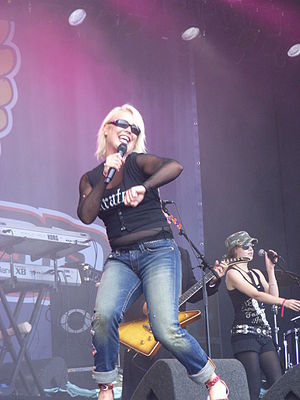 Kim Wilde (born Kim Smith on 18 November 1960) is a British singer, television presenter, gardener and writer. She was born in Chiswick, Middlesex. She is the eldest child of rock musician Marty Wilde. She had her first hit single, "Kids in America" in 1981. She also released Kim Wilde, her first album, in 1981. In 1983 Wilde won Best British Female Solo Artist (UK) at the BRIT Awards. Wilde released her most recent album Wilde Winter Songbook on 11 November 2013. It is a Christmas album.