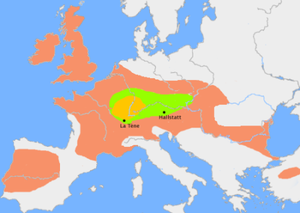 The Celts, and the La Tène culture in Europe 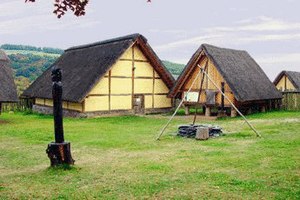 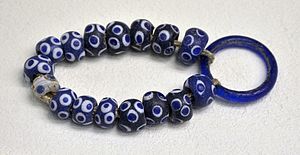 A bracelet made of glass, from the 5th century BC (La Tène)

The La Tène culture is a culture that lasted from about 500 BC to about 100 AD. It is named after the city of La Tène (today, Marin-Epagnier, next to Neuchâtel). It was influenced a lot by the Roman and Greek cultures. There are two sources for this: