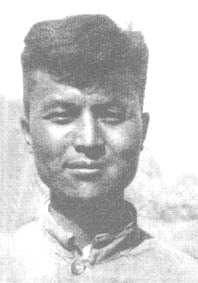 Li Rui (Chinese: 李锐; April 13, 1917 – February 16, 2019) was a Chinese politician. He was a member of the Communist Party of China. He was also a writer and supporter of democratic reform in China.[1] He was born in Beijing.

In the mid-1950s, Li was briefly one of Mao Zedong's secretaries. His criticisms of Great Leap Forward, and support for Peng Dehuai, led to his exile. He briefly worked with the West German government.[2]

He was a vice minister of the Ministry of Water Conservation.