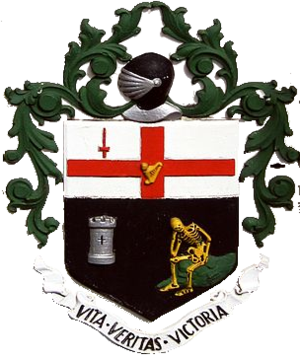 Coat of arms of Derry.

Derry Irish: Doire Cholm Cille or Doire Calgaigh is the second largest city in Northern Ireland (after Belfast) and the fourth largest city on the island of Ireland (after Dublin, Belfast and Cork. The population is about 100,000. The city was founded in 542. It has old city walls which are still complete. The city is located in County Londonderry, near the border with the Republic of Ireland's County Donegal.

The city was originally called Doire (pronounced duhruh) which is an Irish word for a group of oak trees. In English, this word became "Derry". After the Ulster Plantations, the London Companies gave money for the building of the Port and Walls in Derry.

In 1984 the city council changed the name of the local government area back to its original title of Derry but the city's official name is still Londonderry.[1]