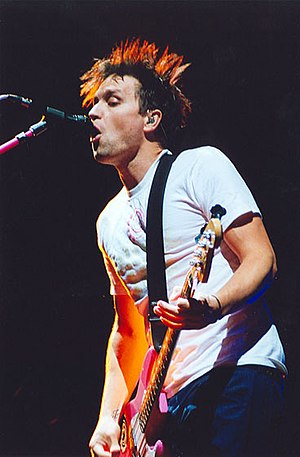 Mark Hoppus is an American musician better known by his pseudonym, "Heezy".[1]

He was born March 15, 1972. He is most famous for being a member of the band Blink 182. He played the bass guitar and sang. After Blink 182 broke up, he started another band, called "+44", with Blink 182's drummer, Travis Barker. When he was younger he played in bands called Pier 69 and the Attic Children. He has a wife named Skye and a son named Jack. Today he continues to play for Blink 182 alongside Travis Barker & Matt Skiba