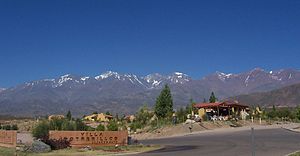 Potrerillos is a village at Mendoza Province near Andes 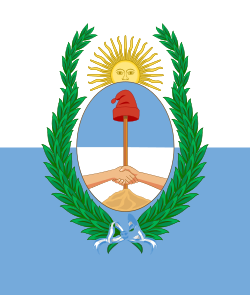 Mendoza is a Province of Argentina. It is in the region called Cuyo. The province borders San Juan in the north, San Luis and La Pampa in the east, Neuquén in the south, and Chile to the west.

It is the major wine producer of Argentina and has many other crops. It has the highest mountain in the country, Aconcagua.

Mendoza has a population of 1,579,651 people (2001). Spanish is the main language but many people also speak English, Italian and Portuguese.