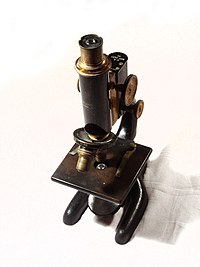 A 1915 Bausch and Lomb Light microscope

Microscopes make things seem larger than they are, to about 1000 times larger. This is much stronger than a magnifying glass which works as a simple microscope.