The Brooklyn Nets are a team in the National Basketball Association in the New York City community of Brooklyn. They moved into their current home arena, Barclays Center, for the 2012–13 season.[1] 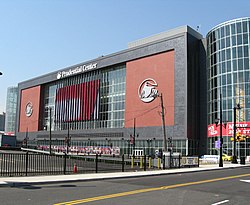 NBA Rookie of the Year

NBA Executive of the Year