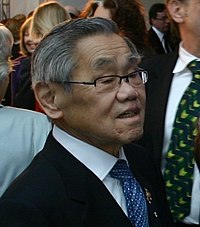 Kwong was born in Calgary, Alberta. He was the son of Chinese immigrants from Taishan, Guangdong. He was the first Canadian professional gridiron football player of Chinese heritage. Kwong died in Calgary on September 3, 2016, at the age of 86.[1]

Help Improve This Page: Please contact us to become an approved KidzSearch editor and provide your credentials. Provide feedback on this article in our Norman Kwong Forum